On Saturday, January 13th, we went to Whiteside Middle School for our 3rd and final meet of the season. Our drive team for the event was  Reece on drive train, Caleb on claw, and Jop as the drive coach. 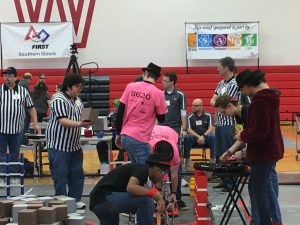 This meet was the smallest we’ve been to, with only 8 teams showing up. During the meet we played 5 matches and won 4 of them. Since there were not a lot of teams, there were only 10 matches the entire day! Our autonomous worked really well through out the day. 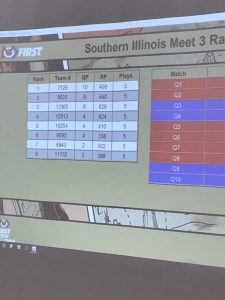 The only time it failed was when the wrong program was run. During Tele-Op, we scored an average of 2 glyphs per game adding on to our 1 from autonomous. We attempted to score the relic in all of the matches, but we only scored it in one. We technically scored it earlier but it didn’t count because we brought it over the wall too early. Overall it was a pretty successful day, and we learned a lot that will help us moving to our next competition.