Last year we went to our last competition of 2016 and our second meet so far. On December 17th, 2016, we went to Whiteside Middle School in Belleville Illinois. We were more successful than our last meet with a working shooter and autonomous.

Our drivers for this meet were Reece and Dustin. Garrett was a drive coach. We scored top at the meet.  Since this was a meet there was no judging, but there was inspections and interviewing other teams. Meets are basically practices, but there is a Meet Championship near the end. If we advance else where, then it really will be just practices. During this meet, it was very icy outside. When we went to leave, it was very cold and slick. Everyone had to shuffle to get out to their cars.

Overall, this meet was pretty successful. The autonomous worked way better than last time scoring us a lot of points. The particle shooter was less consistent but it was still better than last time. Our next competition will actually be a Qualifier which is coming on 1-6-17! See you then! 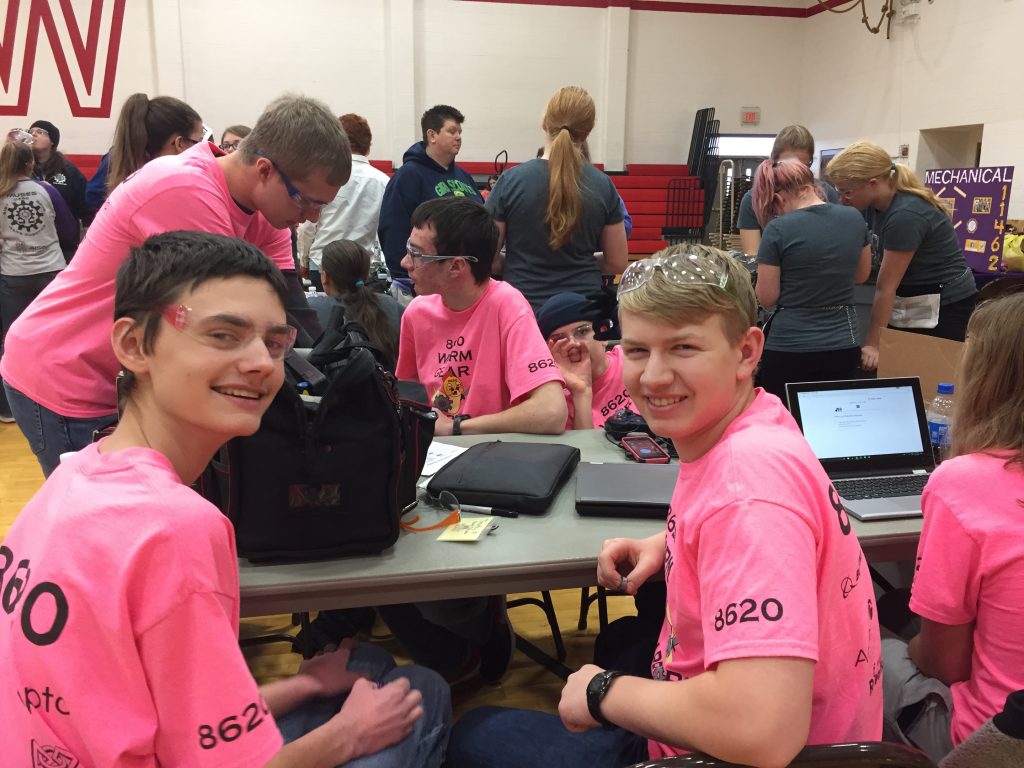